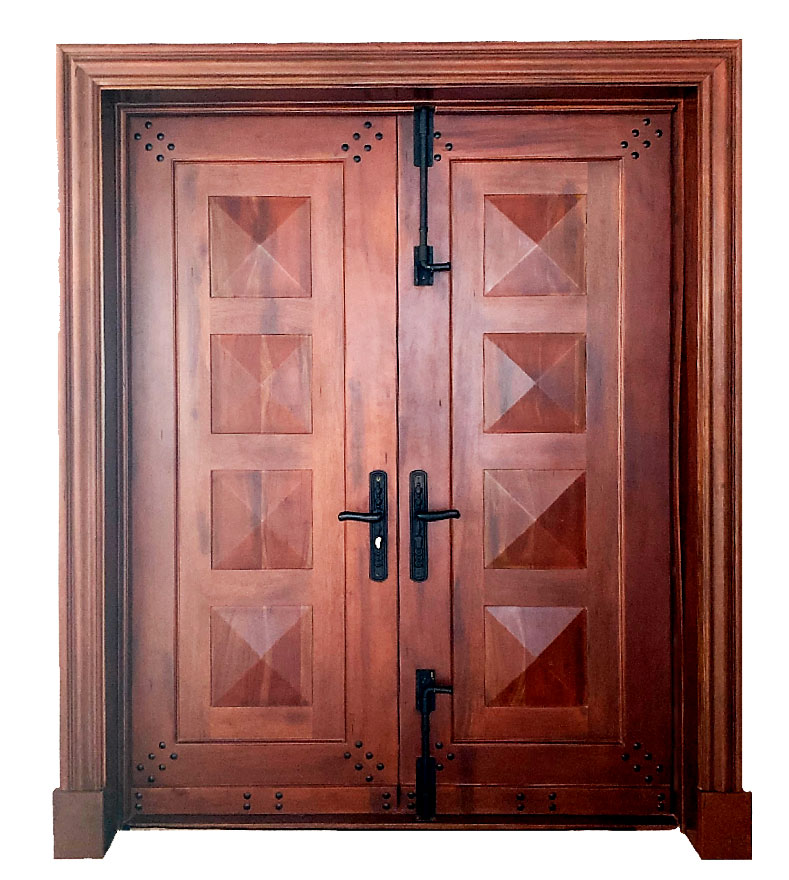 Taking the inspiration that springs from the Medici era in “Bella Firenze”, the door is an interpretation of the main entrance Doors placed in the walls of the city of Florence.

It is Michaelangelo that placed his “David” sculpture on top of the doors as a defiance of “Goliath”, the then superior in numbers armies of Bologna.

Of course between Michael Angelo’s defient “David”, the helicopters, submarines, and missiles designed by Leonardo Da vinci, the fine architecture of Bruneleschi and the military genious of the Demedicis, the Bologna army did not stand a chance.

Since 1992, Bellini Mastercraft with utmost respect has created the most beautiful interpretations of the excellence in the fine carpentry and design of the era.